Chris Miller: Chip War and the Battle Between the United States and China

From microwaves to missiles, smartphones to the stock market, our world is increasingly dependent on microchip technology. According to Chris Miller, microchips are the new oil, a critical resource that defines the current state of military, economic and geopolitical power. At the heart of the decades-long battle over control of this technology are the United States and China, two superpowers engaging in a war that puts America’s economic prosperity at risk.

In Chip War, Miller provides a comprehensive analysis of the semiconductor chip and its impact on national security and international economics. Tracing the global history of microchips, he recounts the fascinating events that enabled the United States to perfect the chip design, and the role that faster chips played in America’s Cold War victory over the Soviet Union. As Miller reveals, the United States once dominated advancements in microchips, but now, China is investing billions into a chip-building initiative to bridge the gap, leading to a power competition that will define the world’s geopolitical future.

Join us as Miller explains the high stakes history of the computer chip and ongoing battle between the United States and China that is shaping the modern world.

In association with the Asia Pacific Affairs member-led forum.

This program is generously supported by the Jackson Square Partners Foundation. 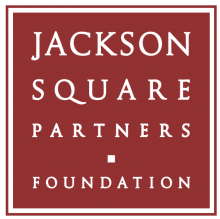 Complimentary copies of Chip Wars: The Fight for the World's Most Critical Technology by Chris Miller will be available to in-person attendees courtesy of the Ken and Jaclyn Broad Family Fund.

Author, The Chip War: The Fight for the World’s Most Critical Technology

In Conversation with Niall Ferguson

In-person:
$10 members
$20 nonmembers
all in-person tickets include a copy of Chip War)
Online:
$5 members
$10 nonmembers
$30 members or nonmembers with book 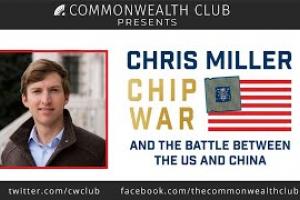 Chris Miller: Chip War and the Battle Between the US and China