For more than 25 years, Heidi Kuhn, at the helm of Roots of Peace, has been dedicated to cultivating peace and to helping rebuild war-torn countries by turning the scourge of land-mined areas into profitable agricultural land.

For example, in Afghanistan, a country 80-percent dependent on an agricultural economy, her esteemed charity has removed millions of landmines and planted millions of trees and vines, which greatly benefits countless Afghan farmers and their families.

Kuhn will also discuss her recent efforts to help her female employees emigrate and how after the ending of America's "forever" war and despite the unexpected, rapid Taliban takeover, Roots of Peace continues in Afghanistan. 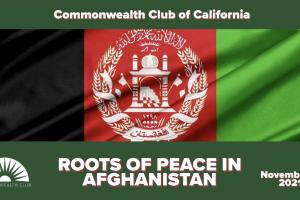