Robert F. Kennedy Jr.: Lessons I Learned from My Family

Hear about the enduring lessons that helped shape Robert F. Kennedy Jr., influencing his values, his principles and his work as a leading environmental activist.

Robert F. Kennedy Jr., the third of 11 children born to Bobby Kennedy and Ethel Skakel Kennedy, reflects on what it meant to grow up as part of his extraordinary family. He shares some of his favorite childhood memories and speaks passionately of the role models who shaped him, including his father and his Uncle Jack.

Part of our Good Lit series, underwritten by the Bernard Osher Foundation

This event is sold out; you can add your name to the waitlist below. 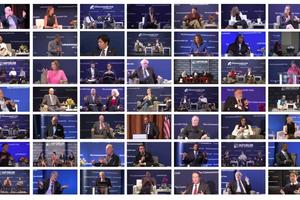 Robert F. Kennedy Jr.: Lessons I Learned from My Family