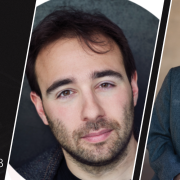 Go To Past Event
from Radio Program: Yascha Mounk and Francis Fukuyama on Democracy held on April 17, 2022

This radio program from The Commonwealth Club draws on two separate events: "Yascha Mounk: The Fate of Diverse Democracies" and "Francis Fukuyama: Liberalism and Its Discontents."

Yascha Mounk argues that the struggle of free countries to be both diverse and equal in their political systems is the greatest experiment of our time and essential to the continuation of democracy. While this feat is unprecedented, he contends, understanding the past and underlying conditions that have led to division and social injustices is critical to avoiding them in the future, and he writes that we should have genuine hope in humanity’s ability to accomplish it.

Francis Fukuyama explains the troubled history of the American realization of classical liberalism here in the United States, and the challenges from both sides of the political spectrum arising in recent decades. With the right demanding economic freedom above all else, and the left making its core ideal the elevation of identity above the universality of humanity, Fukuyama argues that both approaches miss the mark in grasping classical liberalism, and the consequences can be disastrous both at home and around the world.

The Mounk program is part of The Commonwealth Club’s Future of Democracy Series, supported by Betsy and Roy Eisenhardt.

The Fukuyama program is supported by the Ken & Jaclyn Broad Family Fund.

In Conversation with Steven Saum